Source: Often found in matrix in quartz from hydrothermal concentrations. Found in nuggets and as powder so fine it is impossible to see…yet can still be mined. 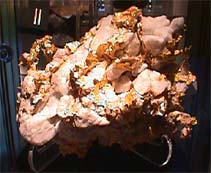 Formation: Well……in STARS! Unlike gemstones and minerals that form in earthly processes, gold and the other precious metals were formed as a result of exploding stars called supernovae and were then sent across space to our solar system to get caught up in the formation of the earth. Whew!…..That was a lot of cosmological history for one sentence. But if you are hesitant to promise your loved one that you are going to “give her the moon and stars”…..just promise to give her the stars. Then buy her a piece of gold jewellery. You will be keeping your promise…I promise!

Properties: In a word…money. Gold will not tarnish and will only be attacked by a very strong solution of acid called aqua regia, which is why King Tut’s death mask is still hanging around long after he turned to dust. 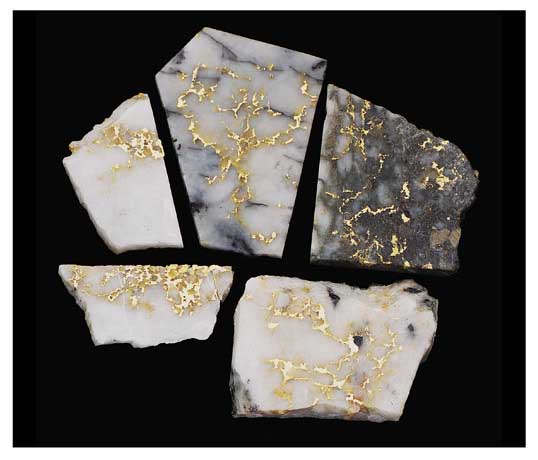 Shown here is some examples of gold in matrix that has been cut for jewelry.

Below is a piece of gold jewelry…well, actually its my necklace. But my wife has all the gold in the family except this necklace, so this is what I had to use. 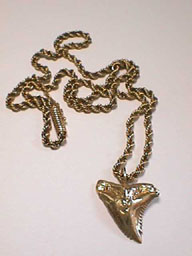